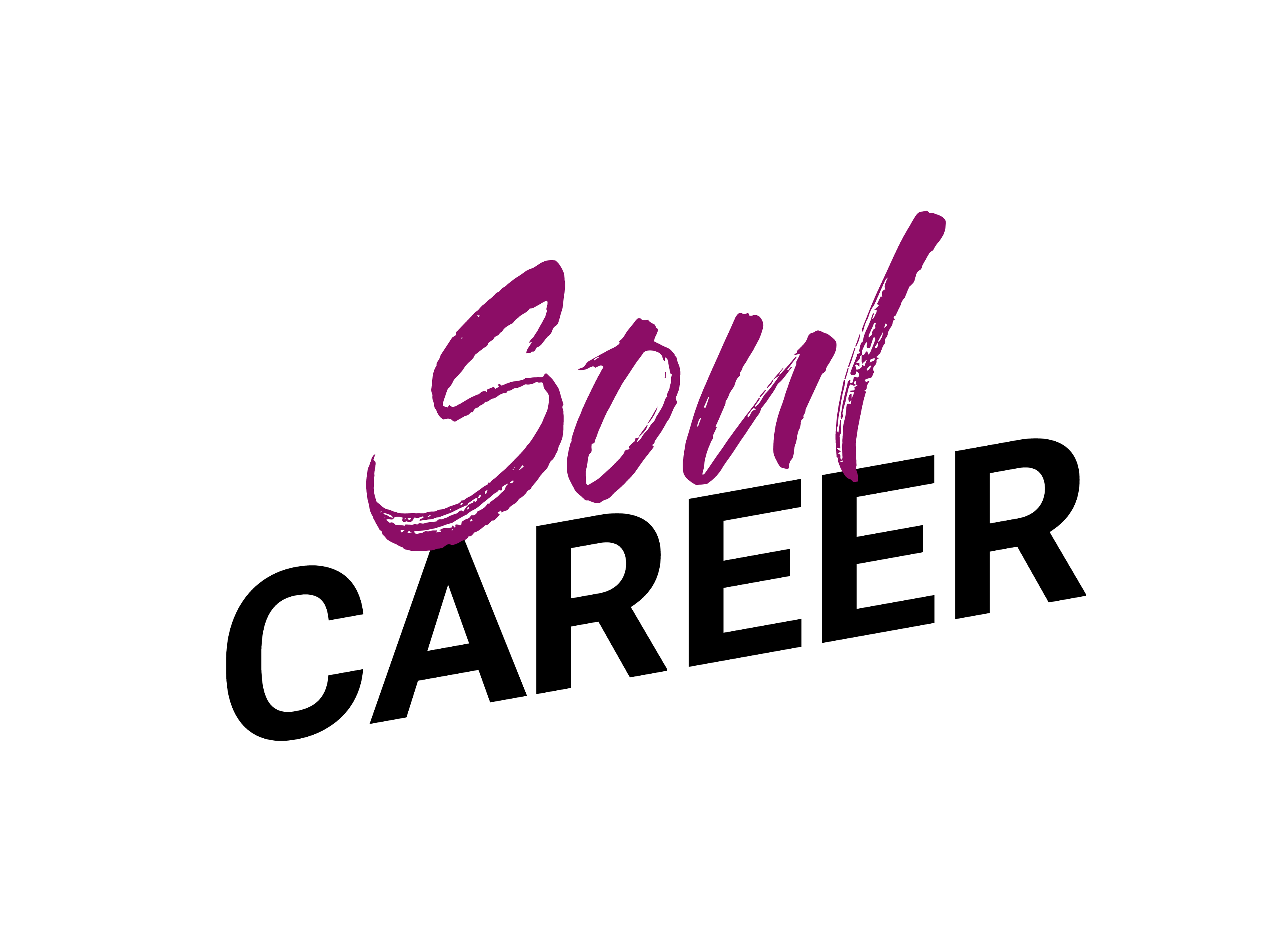 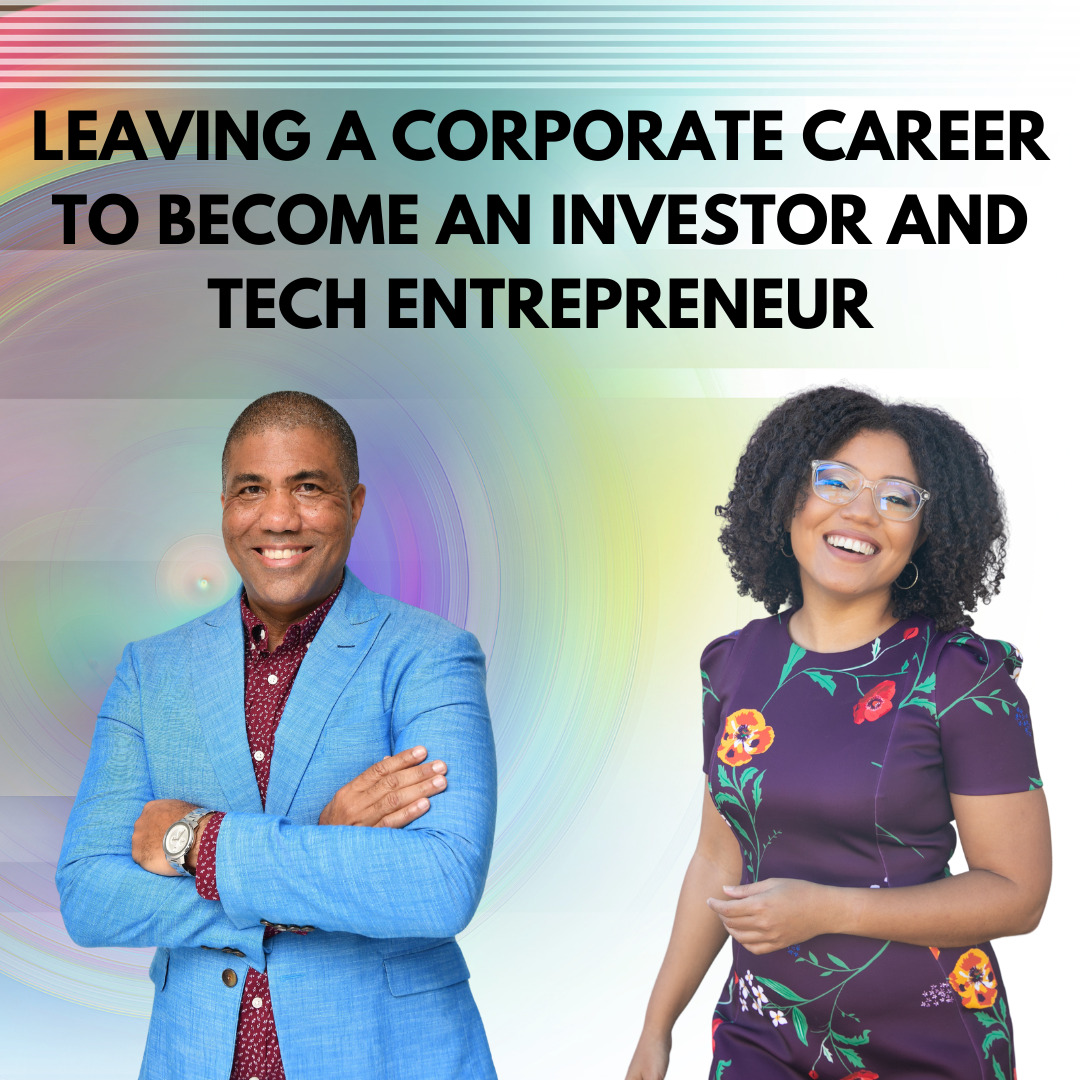 In the latest episode of the Soul Career® podcast: Leaving a Corporate Career to Become an Investor and Tech Entrepreneur, I interviewed investor and fellow entrepreneur Sheldon Powe.

Sheldon is the founder and CEO of Innovate 10x, a leading digital transformation firm based in Jamaica. He is also one of the three men who made a seed investment in Soul Career®.

I met Sheldon when he made the bold decision to leave his 21-year career at one of Jamaica’s largest investment firms, JMMB (Jamaica Money Market Brokers), to become an entrepreneur. Many people dream of leaving their corporate jobs to become full-time entrepreneurs but are afraid to take the chance. In this episode, Sheldon shares the factors that helped him to make that leap.

Sheldon comes from a large blended family he has around 12 siblings and two sets of step-parents. His siblings include current JMMB CEO, Keith Duncan, his stepfather was well-known politician D.K. Duncan, and his stepmother, Joan Duncan, founded JMMB. Sheldon describes his family as close-knit, he communicates regularly with his siblings and has a good relationship with his biological parents and step-parents. Seldon also describes his family as being very entrepreneurial and philanthropic. His stepmother, Joan Duncan, founded JMMB at a time when women were not seen in the financial services industry. While his biological mother, Grace Duncan, managed both the Jamaica School for the Mentally Handicapped and the St.Andrew Parish Church Girls Home – a project which he still runs today. Sheldon was the fourth sibling to join JMMB. He started as Software Development Manager and progressed until he became Chief Technology Officer.

Why Sheldon decided to leave JMMB to become an entrepreneur

Entrepreneurship has been a consistent goal for Sheldon. When he joined JMMB, he initially planned to work there for only three years before branching out to form his own technology company. He states that he enjoyed working with his family to build the company. But that as JMMB grew, the increased bureaucracy and governance caused him to struggle in his position. In 2018 he decided to pivot to entrepreneurship by starting his own technology company and enlisted JMMB as his first client. His brother, Keith Duncan, suggested that he start by creating a business plan. The story of Sheldon’s departure from JMMB shows the importance of preparation before pivoting from the corporate world to entrepreneurship. Sheldon did not leave his position at JMMB spontaneously. Instead, he waited until he had a potential source of income for his new business venture. His story also demonstrates the importance of support. Sheldon believes that the encouragement he has received from his family, especially his children, has helped him to remain in entrepreneurship.

Sheldon’s experience as an investor

Sheldon also invests in other entrepreneurs. Apart from Soul Career, he has invested in Adtelligent – a digital marketing and technology firm founded by his son Craig Powe. And Appfinity – a software development company founded by George Henry, to name a few. Sheldon prefers investing in companies that are at the ground phase and helping them to scale.

How he chooses the companies he wants to invest in

Sheldon shared that he invests in people rather than ideas or business models, he values natural talent, passion and above all resilience. This is one of the reasons he invested in Soul Career®. His observation of me while I worked at the Branson Center and the effort I put in helping him develop his business plan demonstrated my dedication to excellence and ability to deliver results.

I also believe that talent and resilience are crucial attributes of entrepreneurs. You can have the best business idea, but if you do not have a talented entrepreneur driving that idea, your business venture is bound to fail. Also, entrepreneurship never goes the way we expect it. We will inevitably face adversity, but this adversity is the price of admission into success.

His advice for early-stage entrepreneurs who are looking for investors

First, you have to believe in your product or service. This belief will help to keep you going when things get rough. Second, most potential investors, especially those in the Caribbean, want to see the current value of your company rather than where you think it will be in a few years. This is the difference between investors from the Caribbean and investors from first world countries such as the United States. American investors tend to invest in potential. Whereas, Caribbean investors are only willing to invest based on the current value of the company. I believe this difference is based on a difference in mindset. Historically the United States has had an abundance of capital, and investors operate from a belief in continued abundance. In the Caribbean, and especially in countries like Jamaica, investors operate from an expectation of scarcity. As a result, Caribbean entrepreneurs may find it difficult to secure capital and will have a much shorter timespan to prove themselves. This may change in the future, but Caribbean entrepreneurs must adjust their expectations to our economic climate.

Sheldon also advises early-stage entrepreneurs to keep as much control over their company as possible – preferably a minimum of 60%. Finally, entrepreneurs should also try to surround themselves with supportive investors who understand their vision and mission.

Has Sheldon found his Soul Career®?

Sheldon is definitely living his Soul Career®. He describes a Soul Career® as a journey rather than a specific endpoint. There may be some things that you currently love about your career that you may not love in the future. As a result, it’s important to stay flexible and open to change. In the future, he sees himself coaching entrepreneurs and serving as chairman for innovative technology companies such as Innovate 10X.

Thanks for reading this post. You can check out the podcast on the Soul Career YouTube Channel and any podcast player. 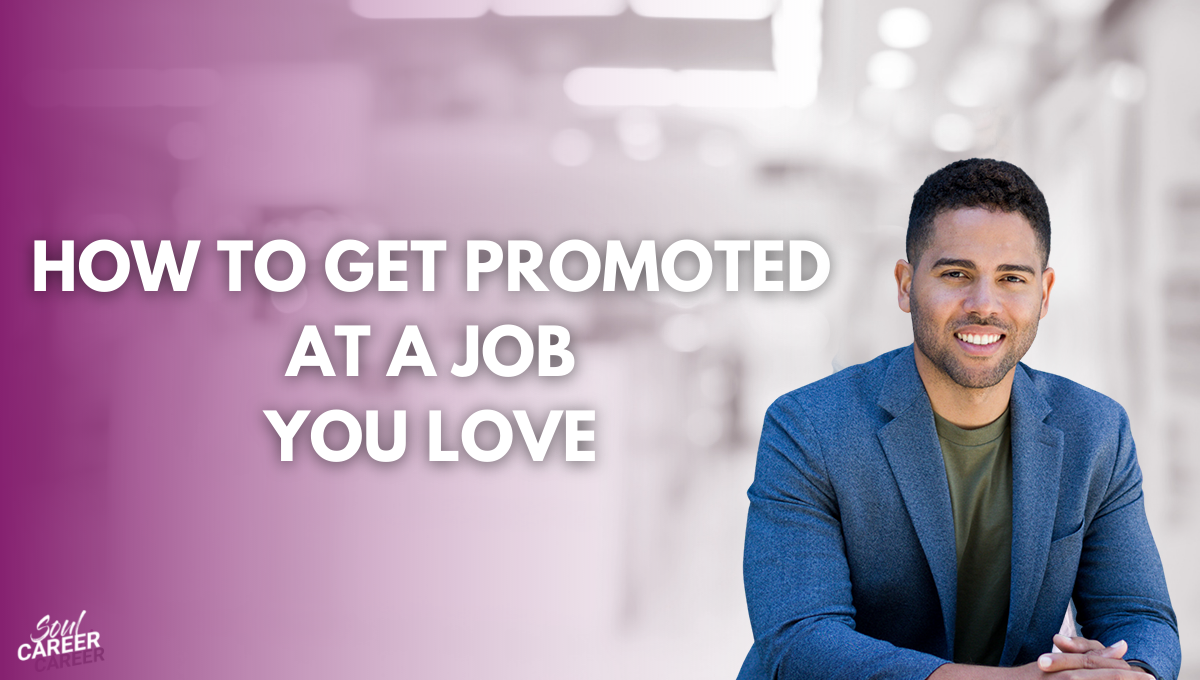 How to Get Promoted at a Job You Love 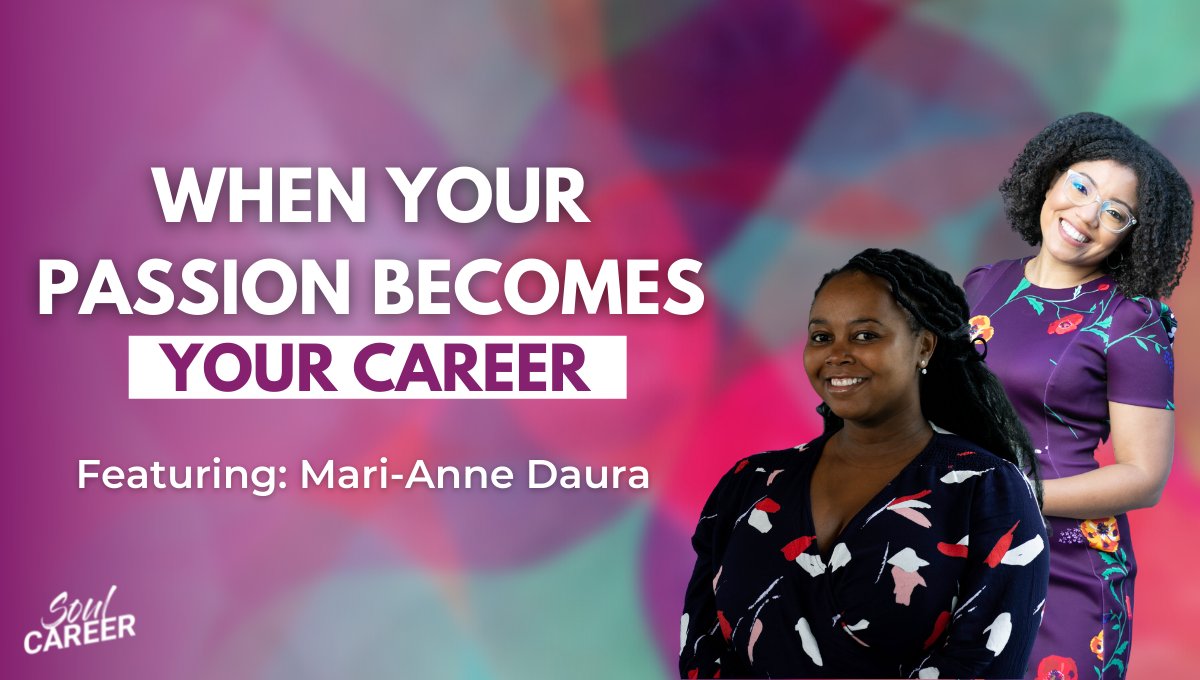 When Your Passion Becomes Your Career 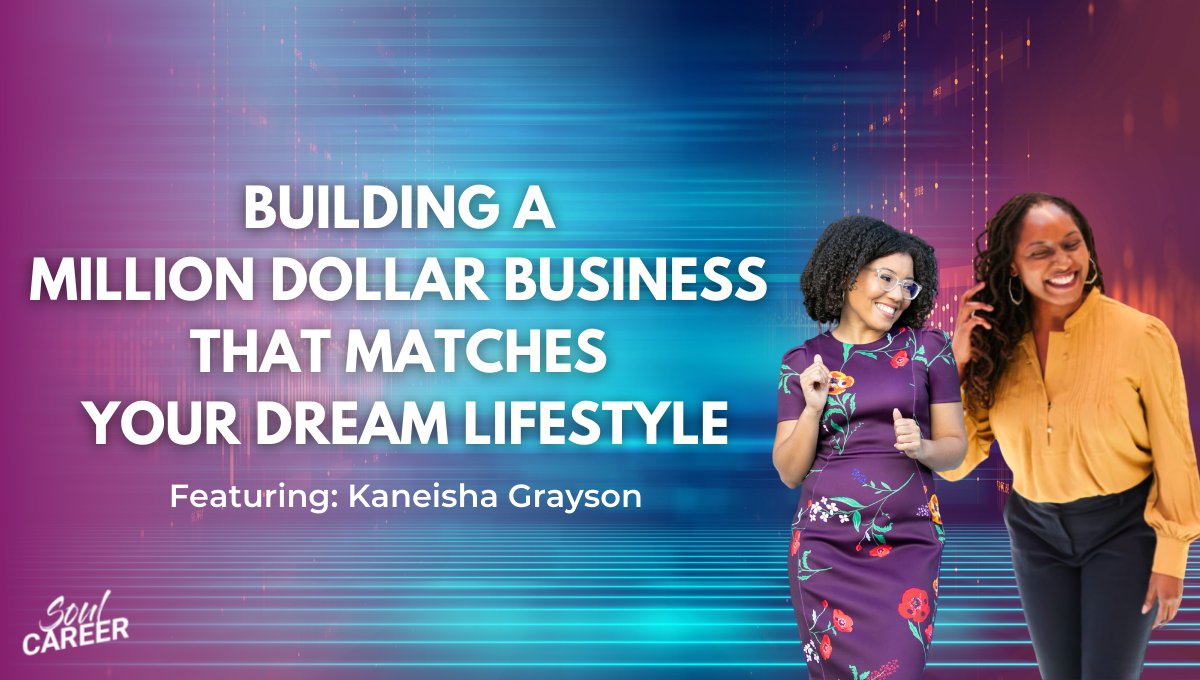 Building a Million Dollar Business That Matches Your Dream Lifestyle